Smartphone industry has revolutionized so much in the past a few years and we can now own access all kinds of information across the board on a portable device like Android. But as always the cyber criminals  has never given up to conquer the world of Android. New virus, malware and adware are introduced to Internet every day and we download them on our smartphones unknowingly,. That’s correct, you may not know that but your smartphone is vulnerable to the trojan and virus being spread out.

In most cases, virus ofter come from the apps outside of Google Play Store or  from browsing suspicious websites. To be honest, hackers are finding all possible vulnerability in the Android device so that they can manipulate to  inject virus and steal private information hat you are unaware of. And keeping this threat in mind, in this article we are rather thinking about the protection of your phone and identification. The safest way to keep these viruses away from the smartphone is to use a reliable Antivirus app. In this guide, we will be mentioning the top 4 best Antivirus for Android phones.

Also, it is a good practice to transfer important data on Android to computer so you won’t lost them after virus attack. 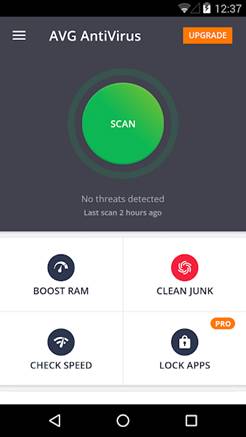 Say good bye to viruses and malware forever because AVG Antivirus for Android is the top free app that can protect your smartphone from any harmful activities. AVG Antivirus provides Wi-Fi scan, data and folder scan, rechecks every downloaded files and items, secures vaults and apps and more. 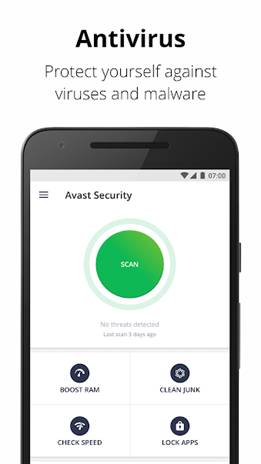 Another top class Android Antivirus will be Avast Antivirus 2018. A classic smartphone app that has been featured by Google Play Store on numerous occasions from 2016 to 2018. Avast Antivirus sends you an alert every time it finds anything fishy in your smartphone. It has the feature to auto quarantine any malware or virus from your smartphone depending on your privacy settings. 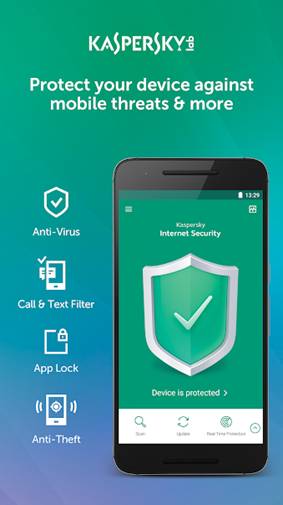 Kaspersky Mobile Antivirus is a free Android tool that helps to secure your phone from any threats especially which are downloaded from the internet surfing. It can even detect the slightest Trojans which may harm your phone essentially by halting its process from the root. The new version of this app even helps you to protect your smartphone by eye scanner and fingerprint lock screen. 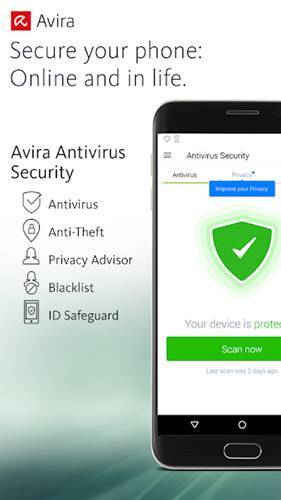 Last but not least, one of the best antivirus apps available on Google Play Store for any Android user is Avira Antivirus Security 2018. Avira Antivirus helps to protect your smartphone especially against the vulnerable and private databases like contacts, pictures, messages, documents etc. Additionally, it secures the browsers and has anti-theft feature enabled to keep your phone safe.

The above apps are the most mentioned ones when you search for antivirus app in search engines. And there are secure enough to protect Android from virus attacking. However, each one has its own pros and cons. My suggestion is try them out one by one and find out which one suits you best. At last, if your Android device was infected and caused data loss, please don’t be panic. You can follow this tip to recover missing or deleted files from Android easily.