Taking screenshot on Android is the one of the most used features but sometimes it can be a little confusing since the process is not the same on all Android devices. With the latest Android 8.0 update, it has included a trick to take screenshot by pressing the power and volume button but tapping both buttons correctly can be a bit difficult. And that’s why different brands have different ways to take screenshot. No worries.  We are going to expose in this tutorial.

We will be listing the procedure to take screenshot for all different smartphone brands and by taking a screenshot in your phone, they will be automatically saved in your Gallery ready to be viewed or shared with anyone via social media. 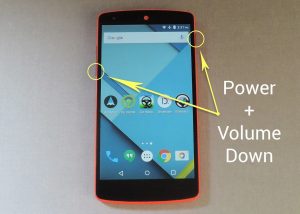 Pretty much all smartphones have the same tendency and button combinations unless few other brands that we have already listed in our tutorial.

Tips: Get screenshot deleted by accident? Here is the guide for recover images on Android