Android is becoming one of the most popular operating system in smartphone market. The popularity has touched the pinnacle due to the availability of millions of apps on Google Play Store with exceptionally high quality resolution interface.

But as there is no end to the stream of desires, the gamers would definitely want a better experience with large screen. And that’s where Android emulator comes into play. While playing the same game on PC, you gain a broader field of view thereby would enjoy the game from a better angle.

The article below would demonstrate three interesting Emulator that will help you to play Android games on PC in few simple steps.

Bluestacks is a free emulator available as an open source software file on the internet market. The software also offers premium option which enables faster game play and other premium support exclusive offers on a monthly subscription basis. The steps to use the free emulator on PC are described as follows:

Step 3. Complete the “One time Setup” as shown below which is two step method.

Step 4. Log-in to your Google account using your personal credentials after setting up the “One Time Setup”.

Step 5. After completing the “One Time Setup” search for the app or game that you wish to download on your PC.

Step 6. Click “Install” and it will start downloading the game. Step 7. Go to the “My App” section and click on the “Downloaded Game” to run and you will be able to play the game using your mouse and keyboard. 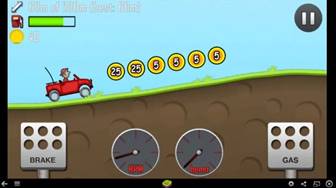 Andy is yet another Free emulator to run Android apps and games on PC. Unlike Bluestacks, it gives you the platform to sync Android device with your Windows and Mac computers. In this way, if you have been playing a certain game on your Android, you can resume the game from the same point on your PC as well without the compulsion to start it over from the beginning. The steps to use Andy are emulated as follows:

Step 1. Download the software from its official website and install it thoroughly. You might need to approve Windows firewall request if you are running the software for the very first time.

Step 2. After a while you will get to see an Android Welcome Screen. So utilize your mouse to click “Start”. 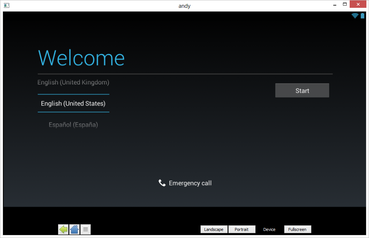 Step 3. Enter your Google account credentials or info to complete the rest of the setup.

Step 4. Now you will be displayed the Android home screen on your PC which contains all the features as that of your Android device, for instance, you can switch between landscape and portrait modes by clicking the buttons at the bottom of the Andy Window. You will also have the same options for Home, Back, Menu etc.

You can go to your Google Play store as well, install the game you wish to play and run in the same manner you access in your Android device.

MEmu is another amazing free emulator to run Android games and apps on PC. It supports all the Windows OS versions, like Vista/ XP/ 7/ 8/ 10. Not only that, it supports all the windows devices such as, Notebook, Tablets, etc. The guideline to use it is described in few simple steps as follows:

Step 1. First of all, download MEmu Android emulator and double click on it to run the setup process.

Step 2.Now just like your Android device, download apps and games from the Google Play Store and you can play the games with your mouse and keyboard. 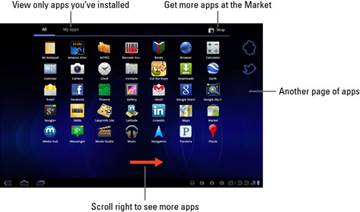 The Android emulator is a finest approach to broaden the scope of Android marketing, as the users are now not only constricted to the Android device alone but can use the same apps and games on computers as well. By using the emulators users can play the games on a multi player mode as well which is not possible with the Android devices alone.